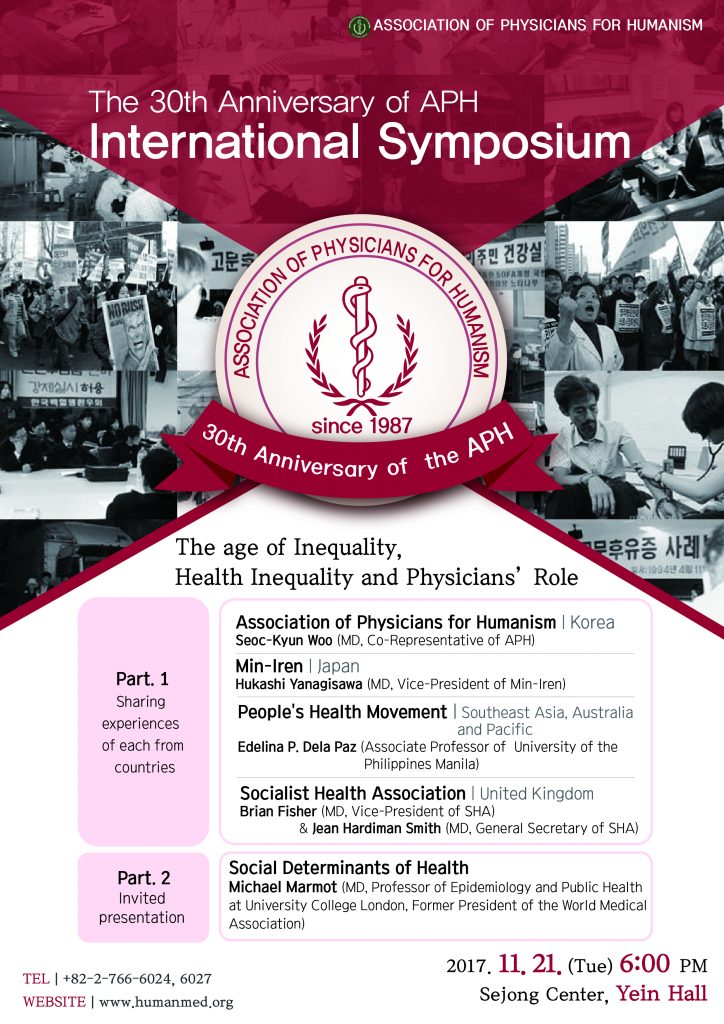 The Korean Association of Physicians for Humanism announced that they will be holding international Symposium for their 30th Anniversary. The symposium focuses on the inequalities of health inequalities and the role of physicians in the era of inequality and invites doctors in action from Japan, the United Kingdom, and the Philippines to share their experiences.

In the second part of the lecture, Michael Marmot, the renowned researcher on health inequality, and former president of the World Physicians Association will give a lecture on the social determinants of health.

The event will be held in Sejong Center, 21th November.